What Does The Widow Maker And The Golden Cross Mean For Natural Gas?

The “Widow Maker” and the “Golden Cross” are based upon financial charts and indices in the market. A natural gas trade known as the widowmaker because of its volatility is once again in focus amid concerns about the level of U.S. inventories as the country gets closer to winter.  The golden cross appears on a chart when the pattern points to a potential for a major rally. In the oil commodities markets, it has only happened 3 times with a 20% to 50% rally in the market. – Matt Maley, Equity Strategist at Miller Tabak on CNBC’s Trading Nation program. 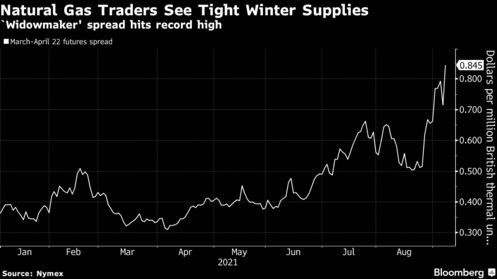 Let’s look at the world’s psychological outlook on energy. Move to renewable energy. With that out of the way let’s look at some of the key bullet points that are in play around the world that our research team has been tracking.

The bulls are just starting their long run in the Natural Gas markets. We are about to hit prices well above $7 and are on the road to over $15 in the next several years. The last time we saw $15 Natural Gas was in December of 2005. The World Bank had Natural Gas at $4 by 2030, and they clearly have not reviewed some of the key psychological and market indices.

The key reason for renewable energy success is tax deductions. We will go to renewables but at what cost? My new marketing campaign should be “Do you like paying taxes?” and “What’s in your portfolio?”

Send me your thoughts and I would like to hear from you about your thoughts on the current market. Jay R. Young, CEO, King Operating

Click Here to get the King Operating Partners I LP Brochure